our first had succeded and got huge responce. But the same magic haven’t repeated for the next films. Can i know what’s wrong in them ?

Everyone has their own formats of directing a film. I too agree that there are so many things went wrong for the film Dochay. Firstly i had written story it in a typical story format. But later i wanted to change the script in a comercial format. As audience too expected a lot from the director who directed Swamy Ra Ra, but unfortunately it was failed. Later my another film called Keshava too got same responce because the way audience imagined over the movie is far away different from my narration. But i loved keshava and somewhat made it me to comeback and producers got satisfied.

Why you always prefer to make a film which revolves arround crime ?

I always wanted to make a film which must be different from others. Audience must be thoroughly enjoy the film with thrills and actions. My inspiration was my god father. When i watch few films i wanted to make a film like him. So the screenplay of ranarangam would be quite different as i adopted it from Godfather. You will sepcially mention about it after the release of film.

Can you tell us something about this film ?

This film was completely circulate arround Sharwa’s role Deva. You will be seen both the times of Sharwa from now and past 1995 parallely. We had discussed so many raising issues in this film. It was the something like journey of a gangster. From starting stage of journey at 1995 to present.

Why did you take so much gap after the release of Keshava to do this film ?

It was not pre-planned to take gap. Before keshava itself i wanted to do Ranarangam with Raviteja, but he is busy with his projects, so i have waited in that gap i had done keshava as i have time. At certain time i had meet sharwa at the time of Radha film shoot, there sharwa itself said that he wanted to do a film with me. Later after few days i got a call from sithara entertainments and i need to convince raviteja for sharwa, then at that time sharwa too was busy with padi padi leche manasu film. So i had taken much gap.

We had heard that your will be angry on the sets ? Is it true ?

No , i always be busy with my mindset of work. But when some one from myside is siting idle without doing any work at the time of shooting i will be get out bursted with anger, because in my mind budget of the film will be revolving and i nerd to take care of it.

What was your reaction after getting huge responce for sound cut video ?

Yes, i too haven’t expected that i will get a appreciation call from sukumar garu also for this sound cut video. Actually it was the idea of Sharwa as he had seen something different videos in youtube and i had asked my AD’s to work upon it. They had shown the video. Everyone was suprised over it and released it by Ramcharan.

Can you tell something about kajal and kalyani ?

First of all i need to thank kajal for accepting to do a small role for this film. Besides kalyani role is quite bigger than kajal. For both of them done fabulous job in this film. You will enjoy the love track the most in film.

Tell us about your further projects ?

Till now i haven’t finalized any project as every friday will change the fate of everyone. So after the release of this film , even though i am confident over this film but i need to wait for audience reaction over it.

Will you continue to make crime films or change the genere ?

After making this film i had realised that i can handle love story too. But my next script is an action adventure based on real incidents that happened much earlier in Sri Lanka. So if i start this project we need a sea and great VFX work. So i need to wait untill i wanted to do it. 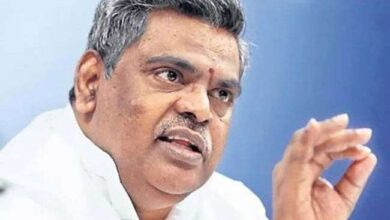