SSC Full Form: Have you ever come across words that have the same name but had different identities. If you are graduated, you might have surpassed a lot of words in an above-mentioned manner. However, lots of people are getting confused with the word so-called ” SSC “. Most people handily recognize it as ” Secondary School Certificate ” but it has another name which is abbreviated as ” Staff Selection Commission “.

Despite all these most people memorize it as only Secondary School Certificate as the full form of SSC because since childhood their minds are filled with this kind of abbreviation, and till a person completes Graduation, he uses SSC as Secondary School Certificate only. But only Government Job aspirants might come across the definition of SSC as Staff Selection Commission.

Here we will provide you all clear-cut information on different types of SSC and their job roles which include Responsibilities. Let’s start with

For the people who strive hard to get a job in the Government sector, this is the best platform ever. Staff Selection Commission is a platform controlled by Central Government that provides jobs to the unemployed people in entire India, But jobs will be provided if and only If one had cleared all the processes conducted by SSC.

Majorly Staff Selection Commission provided Government job under the Category of Group B and Group C in central Level. There are several categories of jobs and as expected, the exam pattern and selection process are highly dependable on Job roles only. Besides all these the application fees for any job role is a maximum of 100 INR.

For Example, If the Staff Selection Commission released notification for the post of SI / Constable or in the Police Department. The selection criteria are quite different. The person must be physically fit, able to do the long jump, the short jump, must be able to run approximately 5Kms within provided time, and so on.

Similarly, the person who applied for a Type Writer role or any other Group B, Group C roles other than Police Department, Their selection is not as hard as Police selection. Few might be as simple as Writing a competitive exam followed by an Interview, based on performance offer letter will be issued.

Besides all these the major Functionalities of the Staff Selection Commission are:-

Another full form of the word SSC is none other than a Secondary School Certificate. It completely depends upon one state to another or It can also be controlled by Central Government if and only if a student is enrolled in his schooling at the CBSE level.

A secondary School Certificate is also known as Matriculation Certificate. In a simple way, it’s the 10th class mark sheet provided to the students who appeared board examination usually happens in the mid of March every year.

Here also the examination pattern depends on one state board to another but the common list of subjects are English, Hindi, Mathematics, Science, Social and a region subject ( state or board dependent ). If a student passes this examination, he/she is eligible to Appear HSSC ( Higher Secondary School Certificate ).

This is the difference between Staff Selection Commission and Secondary School Certificate. Hope now you might have got a clear-cut idea of What SSC types Serve. 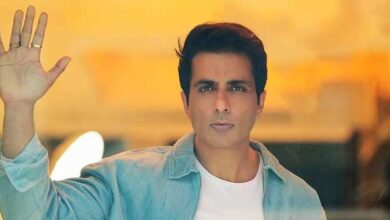 IT Raids on Sonu sood dealings