POK Full Form – We all love to see Atlas books in childhood and might have learned a lot till now. Besides these people, most of them have come across the term Jammu and Kashmir. However, we can clearly say that a lot of people haven’t know the word “POK ” and its full form. Don’t panic, We are here to explain it.

The word ” POK ” Stands for Pakistan Occupied Kashmir. As the name itself refers to the portion of Kashmir that is under the supervision of Pakistan.

Besides all these, In the 19th century, there is no term POK in the dictionary of India, at that time all the people used to call it ” Kashmir “, Which is surrounded by Great Himalayas and Pir Panjal Range.

Upon all these a few territories named Aksai Chin and the Trans-Karakoram Tract are occupied by Chinese administrations.

Finally, after wars held 1947 and 1962, Jammu Kashmir had split into the different administrations as mentioned above and the territories of Kashmir which were occupied by Pakistan are named as POK ( Pakistan Occupied Kashmir ). 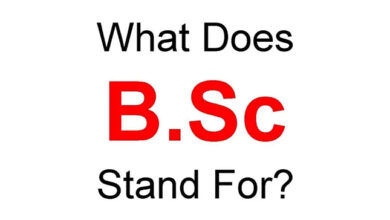 BSc Full Form, How many Forms do We use the BSc?