This film revolves around the character of Gandhi Mahaan ( Vikram ) who was vexed up by following the principles of Gandhi and started renovating himself which leads him to go away from his wife and son Dada. He began a new life with the support of Bobby Simha. Within no time Gandhi Mahaan becomes a billionaire and made a partnership with Bobby over liquor baron.

This is the time when Dada ( Dhruv Vikram ) son of Gandhi Mahaan enters the scene as a cop who targets all liquor mafia and wanted to close every illegal liquor business.

Now how did Dada and Gandhi meet after a long time? What did Gandhi do when he realized about his son Dada? After knowing the facts whom did Gandhi Mahaan will support his son or his friend Bobby? What happens at the end forms the crux of the story.

The efforts made by Karthik Subbaraju in the name of Mahaan after a forgettable flop Jagame Tandiram will engage all sections of the audience. It’s a comeback of Karthik too.

As usual, Vikram exceed in his role and did a terrific job that sticks over the audience. Dhruv Vikram too did his best. Bobby has an electrifying role and gave a uber-cool performance.

Production Values are top-notch and the Cinematography visuals are great. One can manage its slow narration due to the performances by Vikram and Dhruv. 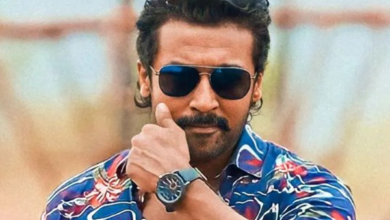