IT Raids: It’s a well know fact that Sonu sood is the messiah for lakhs of people in Nation. He is the one who stood by migrants at the time of pandemic. He is the first person to provide oxygen banks , cylinders for the poor people during second wave. Not more than less, he has won millions of hearts by his constant service to people.

But Independent Department like Income Tax had been made a raid on Sonu sood Company which had made a deal with Lucknow based real estate firm recently. As it was seems to be Tax evasion over this deal.

Besides this Sonu Sood recently meet Arvind Kejriwal, who had declared Sood as the one and only Brand ambassador for the school students under the Scheme of Central Government.

This meet had raised the bar of opponents and linking this personal meet with the raid done by IT officials at Sood‘ office. But at the end of the day there is no case filed or IT sealing happened at the office.

The only thing people should remember is every individual can meet any one but should not look anything in a negative way. More over IT is an independent body and it doesn’t listen any politician words and people must stop linking the two different scenarios.

As of now, Sonu is busy in doing films but he clearly mentioned that he has no intention in joining any political parties and his only moto is to help pupils only. 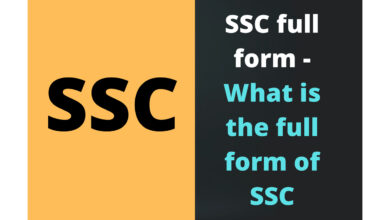 SSC Full Form: What does SSC represent and the way does it work?