Diwali puja : What’s the reason behind the occurrence of Govardhana Pooja and Vishwakarma Pooja the same day? Why Annakut is offered?

Well, most of us celebrate Deepawali with firing crackers and having fun with relatives. But in fact, there is another vision, which is the actual reason for celebrating Deepawali.

I think most of you haven’t understood the names too. We will explain to you in detail so that you will have more knowledge over this precious festival.

The very second of Deepawali is known as ” Karthik Shukla Pratipada ” where we come across people worshiping Cow and Govardhana on this day.

As most of the people think that the worshiping of Cow will get you lots of Happiness and Good Prosperity at home.

Apart from all these the families, who work as Craftsman, Working class people will worship Lord Vishwakarma too besides Govardhana Pooja by lighting lampsin order to develop their business.

Vishwakarma Dev was born on September 17th from the churning of the sea and considered to be a craftsman by the people.

The reason behind worshiping Lord Vishwakarma along Govardhana Pooja Is ” Vishwakarma is known as Architect of Gods”.

He is also popularly known as ” Father of Mechanical sciences and architectures”.

This is the actual reason behind the celebration of Lord Vishwakarma along with Govardhana Pooja by Craftsman and working-class people.

Small story over the celebration of Govardhana Pooja

As most of us might read in books about Lord Sri Krishna, who had protected the entire Gokul by lifting the Govardhana mountain with his little finger, Despite Indra’s Anger.

After destroying Indra’s pride, Lord Krishna had stated as ” Gokul people must worship Govardhana Parvat by providing 56 bhog on the second day of Deepawali.

Krishna also said that ” This Govardhan parvat will stop clouds and gets rain in order to improve agriculture. Must feed the animals of Govardhan Parvat too”.

Right from then, a law had made in order to worship Govardhana and Lord Krishna by making Ankoot on the day of pooja.

When Sri Krishna had lifted the Govardhana Mountain with his little finger, despite Indra’s Anger to protect Gokul.

That’s the reason behind 56 bhog and Annakoot is celebrated based on this story.

Annakoot is made of all seasonal Vegetables, Milk, Mawa, dry fruits, and rice.

56 varieties of foods are included in Annakoot. Besides these fresh fruits and sweets are bought to God.

Upon all these people will worship Lord Krishna in the evening time. Later they worship cows and feed them.

Hope you all loved this diwali puja article, will cope up with another interesting one. Stay tuned to our page.

best ideas come in the shower? 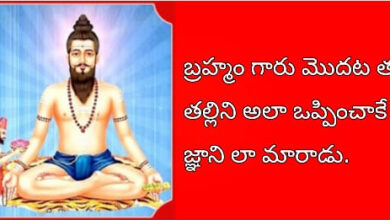