THE RE-DEFINITION OF ”  POLICE ” OFFICER JOURNEY :-

Chandana Deepthi IPS:: Every time people used to talk about police in an impolite manner, it means polices are meant for collecting money in wrong ways.

People’s mindset are sticked to cinematic visions as most of the films are showcasing polices as corrupted one’s.

In reality an Police Officer came in the name of Chandana Deepthi and changed the definition of Police in Public vision.

Let’s check the life journey of Chandana Deepthi who is an Indian Service Police Officer of Telangana Carde 2012 batch.

Chandana Deepthi was bought up in Warangal where her father was Zachariah who used to work as Mining Officer where as Mother Vijaya Lakshmi house wife.

As Deepthi’s father is Mining Officer most of his life filled with Transfers, that’s the reason why Deepthi had studied more places of  Ap and Telangana.

Deepthi’s schooling was done in Good Shepherd school, Chittor. Her intelligence made her to continue studies in IIT Delhi (btech).

To be honest her first dream was not an Police officer as she wanted to become a member in Indian foreign service department.

As there is a fact that ” Someday one incident will change our life completely ” , this is what became true in Deepthi ‘s life.

She had joined in R C Coaching institute in Hyderabad, even though her first attempt was failed, struggled hard and achieved her goal which introduced her as Indian Police Service Officer Telangana in 2012 year.

Deepthi wanted to change the mindset of public and re-define the word Police.

Till now she had completed 8 years of service which was filled with warm welcome of public and  different innovative ideas .

Everyone had appreciated her for ideas, developments of people’s life with innovative works.

Deepthi used to make use of her studies in the decision making of case study and usage of  Technology  in the management of  law and order.

Deepthi had introduced a new idea in the name of ” Learn a new skill Daily ”  which was applauded by both public and department.

Deepthi used to be active in social media platforms so that she used to solve the problems through direct interactions.

If she want she can visit public through  High profile cars but she used to ride bi-cycle and visit every nook and corner of areas to solve issues.

Department is very proud of her , even CM. KCR had appreciated her and gave an order to take care of Child, till now Deepthi is providing good Education and fabulous facilites to the child.

Deepthi had made an idea of not providing Rental Houses to unknown people instead  the owners must take an certificate by Tenants which is safe way to any unrisen problems.

People used to love her simplicity and her way of treating people is a thought provoking to Upcoming Officers and young generations.

She had achieved Best in Intelligence award at National Police Academy.

She had made an urge of creating new definition of Police in Public and became a successful one.

Her life journey was a true inspirational to every youth which must be a thought processing to all the generations.

Hope you all loved this article will come with an another interesting one. Stay tuned to our website for more interesting stories and updates. 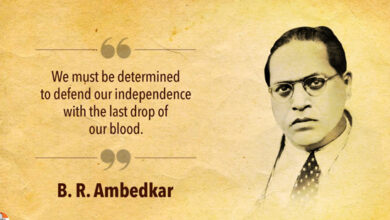