In this years ” AKKINENI NAGARJUNA ”  too tried to make  Freemake films  which were penned as ” NETI SIDDHARTHA ”  and ” NIRNAYAM ” which are originated from Hollywood films entitled as ” The Godfather ” and ” Stakeout “.

So far in the year we might witnessed to Freemakes which are named to be “HELLO BROTHER ” from ” KING NAGARJUNA ” which was plotted from “Twin Dragons ”  A ” Jackie Chan ” film.

* “NANDAMURI BALAKRISHNA ” Made a film so called ” BHAIRAVA DWEEPAM ”  is also adopted from ” Conan the Barbarian “.

So far “AKKINENI  FAMILY ” are involved in freemaking films and made two flicks where plot of those films are adopted from other languages, Those films are entitled as ” SISINDRI ” and “CRIMINAL “.

where ” AKKINENI AKHIL ” made cutest entry in Sisindri film which was sensation at that time. This was adopted by a film called ” Baby’s Day out ” and the other film was originated by ” The Fugitive “.

* ” UNIVERSAL HERO KAMAL HASSAN ”  once again dubbed a film in telugu which was named as ” SATHI LEELAVATHI ” This film plot was similar to the plot of a film so called ” She Devil “.

Continuing the success streak of “KAMAL HASSAN  films. In this year he dubbed two of his films which are sensation at that time and named them as ” BHAMANE SATYABHAMANE ” and “BHARATEEYUDU ”  which are familiar with the concept of ” Mrs. Doubtfire ”  and “Falling Down ” . In between no time few of upcoming directors and Star directors of Tollywood started originating plot from other languages and some star Hero’s including  New one’s made their journey in making different plot based films.

In this year two of our Upcoming Generation actors Like ” JAGAPATHI BABU ” and “J.D.CHAKRAVARTHY ” made films which are entitled as “ANTHAPURAM ”  and ” PAPE NA PRANAM ”   which are the plot based films and are inspired by”Not Without my Daughter ” and ” Nick of Time “.

* Continuing the success freak our very own “AKKINENI NAGARJUNA ” once again tested his luck with a film entitled as ” CHANDRALEKHA ” Which was originated through “While you were Sleeping “.

As time passes with in no time adopting plot of the other language films and changing that plot to suit our nativity had became common and the freemaking of films continues.. 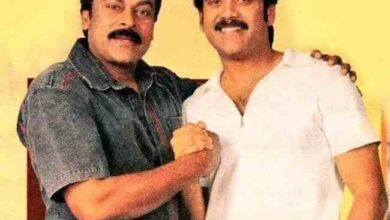